Bill Konigsberg is the award-winning author of six young adult novels. THE PORCUPINE OF TRUTH won the PEN Center USA Literary Award and the Stonewall Book Award in 2016. OPENLY STRAIGHT won the Sid Fleischman Award for Humor, was a finalist for the Amelia Elizabeth Walden Award and Lambda Literary Award in 2014 and has been translated into five languages. His debut novel, OUT OF THE POCKET, won the Lambda Literary Award in 2009. THE MUSIC OF WHAT HAPPENS, released in 2019, received two starred reviews, and has been optioned for a film. THE BRIDGE, released in 2020, received two starred reviews and was optioned for a film by Amazon. In 2018, The National Council of Teachers of English (NCTE)’s Assembly on Literature for Adolescents (ALAN) established the Bill Konigsberg Award for Acts and Activism for Equity and Inclusion through Young Adult Literature.

Prior to turning his attention to writing books for teens, Bill was a sports writer and editor for The Associated Press and ESPN.com. He lives in Phoenix, Arizona, with his husband, Chuck, and their Australian Labradoodles, Mabel and Buford. 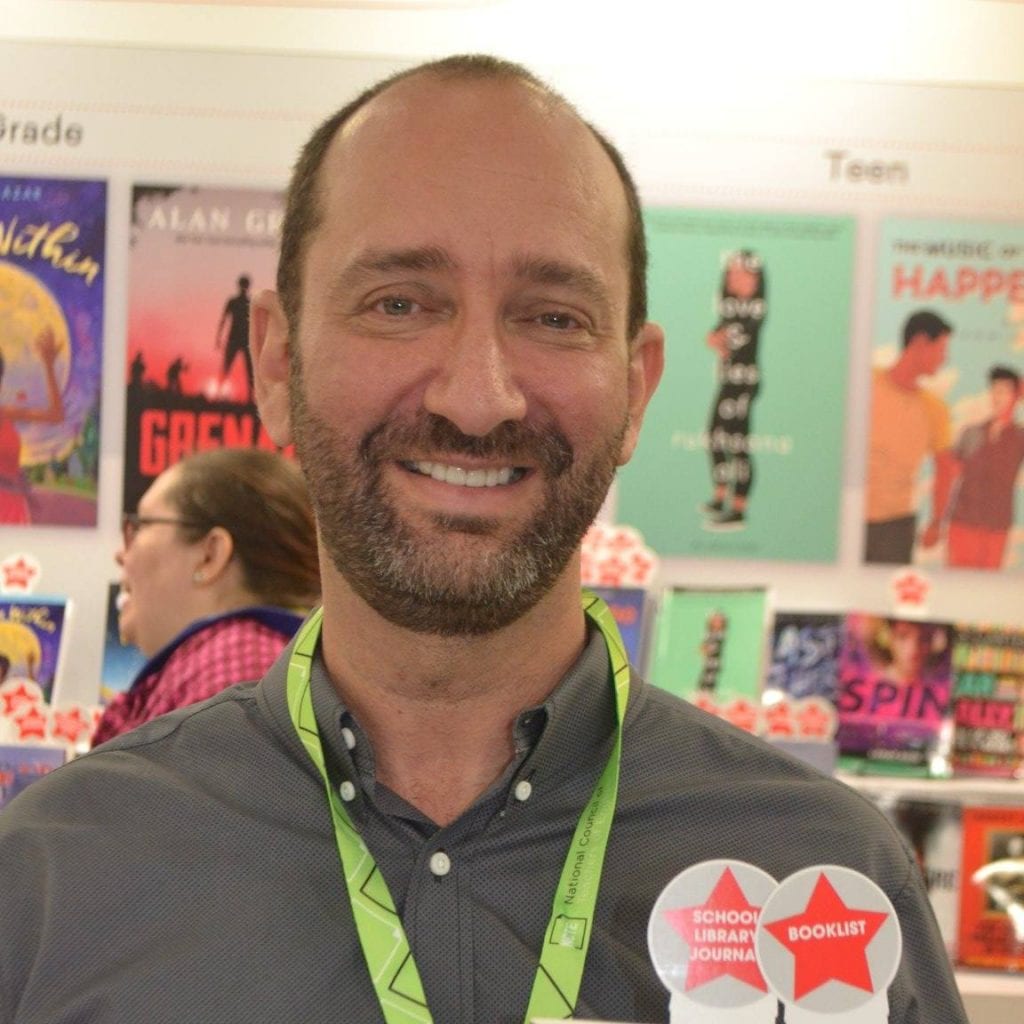 Bill at the Scholastic Booth, NCTE, 2018 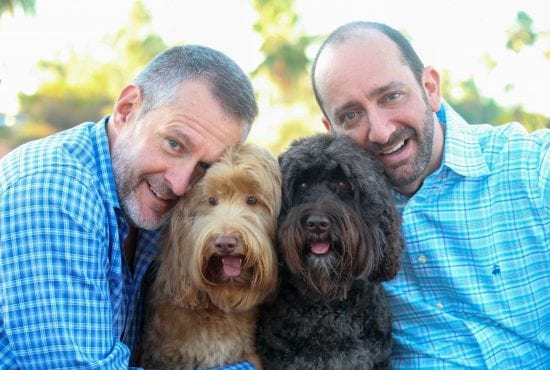 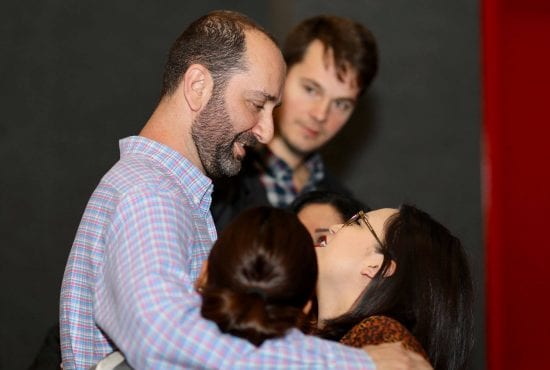 Moments after Bill’s speech at ALAN that led to the establishment of an award in his name, 2018

Bill Konigsberg was born in 1970 in New York City. Expectations were high from birth – at least in terms of athletics. His parents figured he’d be a great soccer player, based on his spirited kicking from inside the womb. As it turned out, the highlight of his soccer career was at Camp Greylock in 1978, when he was chosen for the Camp’s “D” team. There were only four levels. Bill played alongside the likes of the kid who always showered alone, the chronic nose-bleeder, and the guy with recurrent poison ivy.

A B- student and adequate junior varsity athlete throughout high school, Bill was voted Most Likely to Avoid Doing Any Real Work In His Life by a panel of his disinterested peers. He proved them wrong with a series of strange-but-true jobs in his 20s – driver recruiter for a truck driving school, sales consultant for a phone company, and temp at Otis Elevators.

He worked at ESPN and ESPN.com from 1999-2002, where he developed a penchant for sharing too much information about himself. That character flaw earned him a GLAAD Media Award in 2002, for his column “Sports World Still a Struggle for Gays.”

While working as a sports writer and editor for The Associated Press in New York from 2005-08, Bill once called his husband, who was at the time working a desk job, from the New York Mets dugout before a game. “I’m so bored,” Bill whined. He slept on the couch for a week after making that call.

He wrote a novel called Audibles while in the M.F.A. program for creative writing at Arizona State University, and sold that novel to Penguin in 2007. His editor asked him to change the title so that it would appeal to people other than “football players who read.” The resulting novel, Out of the Pocket, received strong reviews from his mother, father, significant other and one girl who had a vague crush on him in high school. It won the Lambda Literary Award in 2009.

His second novel, Openly Straight, hit the bookshelves in late May of 2013. He describes the novel as “Twilight-like, only without vampires and wolves and angsty teenage girls. Also, set in an all-boys boarding school in Massachusetts. Otherwise, it’s like an exact replica.” That novel won the Sid Fleischman Award for Humor, which made him an unbearable dinner companion for months thereafter at least. Some might say to this day.

His third novel, The Porcupine of Truth, was released in May of 2015. He chose to put a porcupine in the title because this is America, and no one here knows what a platypus is. The novel won the Stonewall Book Award and PEN Center USA Literary Award. Many readers consider this Bill’s finest work to date, but it suffers from the lack of a really good sales pitch. When people ask what it’s about, Bill sighs and says, “how many hours do you have?” This has not turned out to be an effective elevator pitch.

Next came Honestly Ben, a companion book to Openly Straight. He wrote it so people would stop yelling at him about Openly Straight‘s ending. Honestly Ben received three starred reviews and made lots of people swoon over Ben some more, which irks Bill to no end as Ben is loosely based on his husband, Chuck. No one seems to swoon over Rafe, who is loosely based on Bill. Harrumph, says Bill.

The Music of What Happens arrived in February of 2019, and it’s a romance between two boys, and it includes a food truck that makes cloud eggs. Bill has an egg phobia.

In the fall of 2020, Bill will release his sixth book, The Bridge. About 30 percent of the hair Bill had at the start of writing The Bridge is now gone, never to return. He hopes the book winds up being worth the baldness.

Bill currently lives in Phoenix, Arizona. Every Uber driver Bill has ever had while on the road, upon hearing where he’s from, says, “It’s hot there, huh?” Bill has never hit anyone over the head with something large and heavy for saying this. He hopes to one day receive a lifetime achievement award for this, as it is his greatest achievement.

In 2018, The National Council of Teachers of English (NCTE)’s Assembly on Literature for Adolescents (ALAN) established the Bill Konigsberg Award for Acts and Activism for Equity and Inclusion through Young Adult Literature. When Bill heard about this, there was about a five second period in which he thought, “Wait, am I dead?” He was not. Nothing has ever surprised Bill more than having an award named after him. He is waiting for the day when he’ll receive a phone call that starts, “I’m sorry, but there’s been a terrible mistake.”

Bill lives in Phoenix, Arizona, with his husband, Chuck, who hasn’t yet realized he’s too good for Bill, and their two Australian Labradoodles, Mabel and Buford, who complete him. 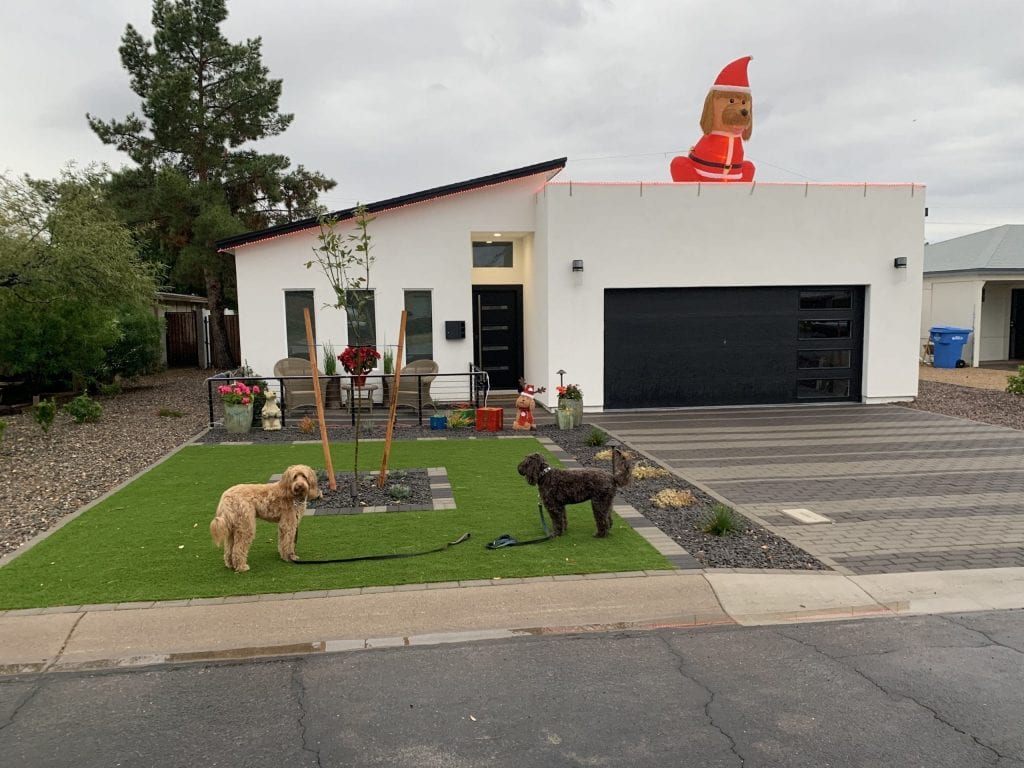 Home in Phoenix with Mabel and Buford out front and Christmas Labradoodle on the roof. 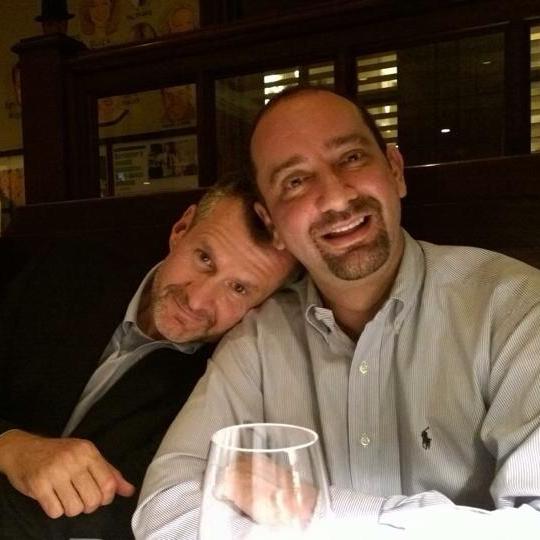 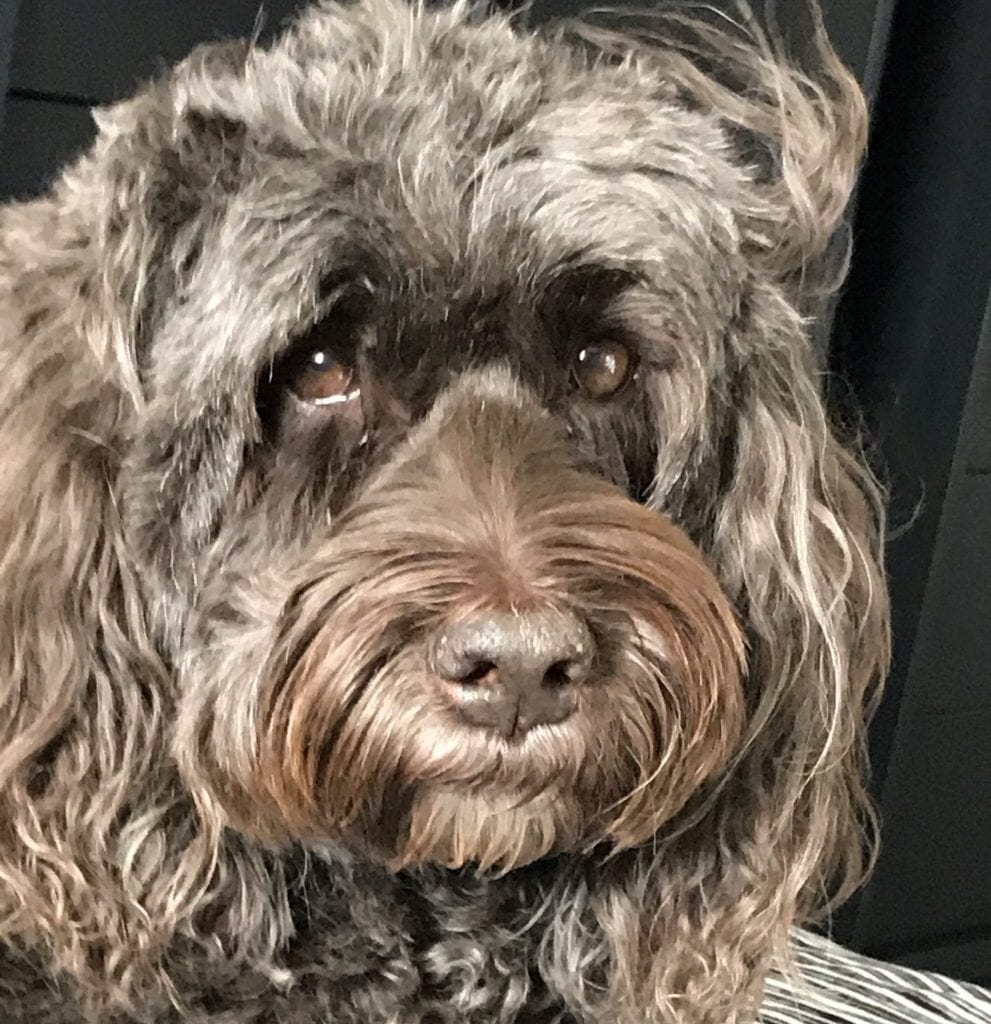 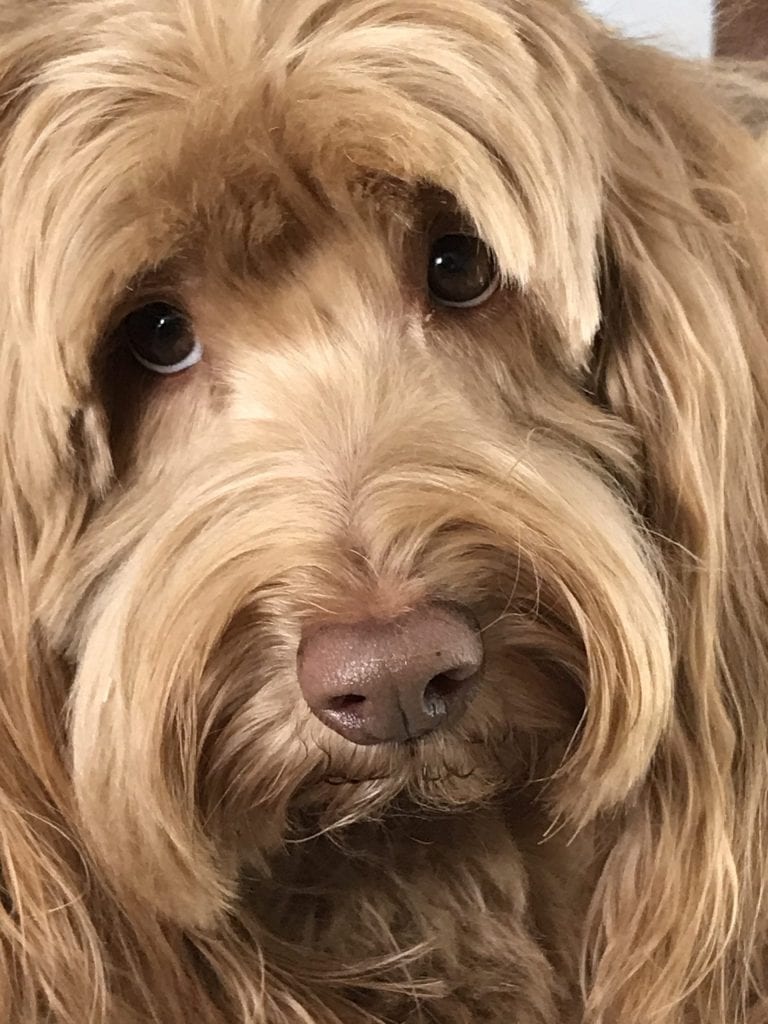