Two teenagers, strangers to each other, have decided to jump from the same bridge at the same time. But what results is far from straightforward in this absorbing, honest lifesaver from acclaimed author Bill Konigsberg.

Aaron and Tillie don’t know each other, but they are both feeling suicidal, and arrive at the George Washington Bridge at the same time, intending to jump. Aaron is a gay misfit struggling with depression and loneliness. Tillie isn’t sure what her problem is — only that she will never be good enough.

On the bridge, there are four things that could happen:

Neither of them jumps.

Or maybe all four things happen, in this astonishing and insightful novel from Bill Konigsberg.

Early Praise for The Bridge: 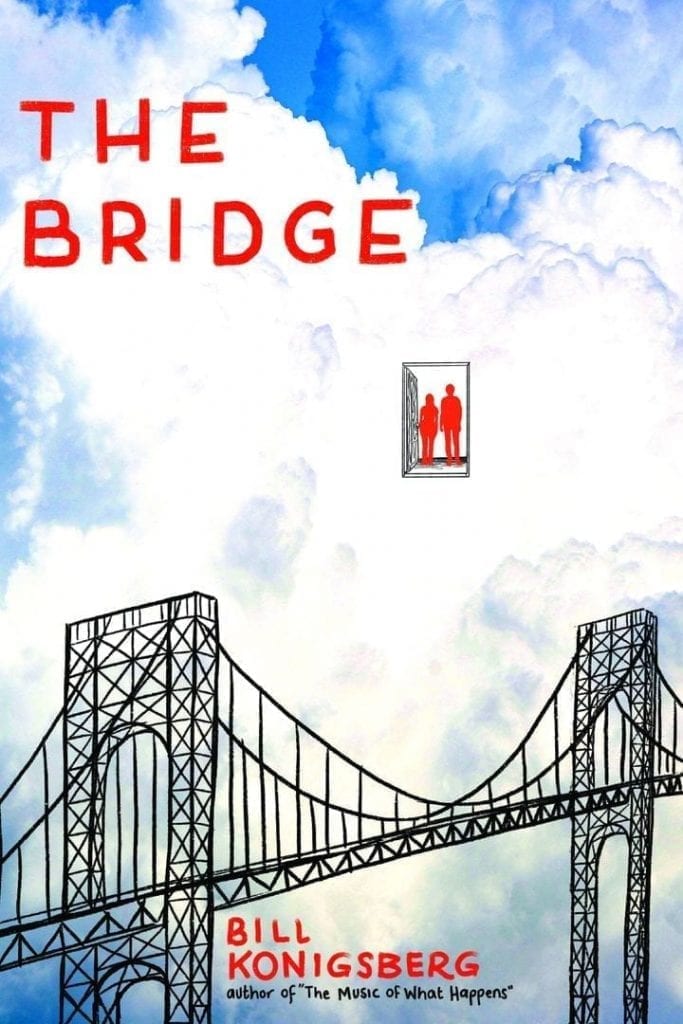