I wrote a sentence this morning that made me smile:

“We draped ourselves across the Scoliosis couch and devoured microwaved Peeps.”

It made me smile because it reminded me of something I have been thinking about recently, and I thought it would make a good online writing lesson.

I want to take you through the formation of the above sentence. I’ve been seeing a lot of sentences these last three months as the writer-in-residence for the Mesa Library, and that has really helped me to solidify my own craft.

In this case, I’m writing a scene between two teenage friends. They are a little “alt,” perhaps. They share a certain irreverent sense of humor. I want to place that scene in a setting, and in my mind, I go through the possibilities. I’ve placed them in a coffee shop before. Also a living room. They are eating and talking, so it’s probably an inside location, especially since it is December in Colorado.

A basic first-draft sentence might be, “We sat on the couch and talked.”

So how do I fix it? Two things.

One is to give them an activity.

Two is to make the setting stand out.

Brilliant author Randall Kenan was one of my teachers in college back in the 1990s. His first exercise I still remember, more than 20 years later. In it, he asked us to go to the grocery store and write down as many brand names as we could find. Then, when we brought those to class, he gave us the assignment: write a story in which the only nouns you can use are the brand names you found.

That was a really fun assignment. I remember writing about a Sheik, a Swiss Miss, and her Tastykakes. After we had fun reading some of the stories aloud in class, Kenan gave us the lesson: there are so many nouns out there. Unchain yourselves! Use them!

What a great lesson. And so important! Good writing, I am more and more certain, is about great nouns. Verbs are fine, and there’s nothing wrong with finding the perfect, rarely used active verb. But it’s nouns that carry the weight of the story.

And it’s nouns that we turn to when we need to find interesting actions and make our settings stand out. 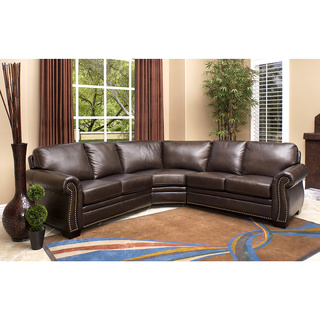 When I thought of the Scoliosis couch, I pictured an elbow-shaped couch that is too short for a person above, say, 5-foot-10 to lie down on without having to twist their body. I pictured it in a furnished basement where a teen has created a hang-out space. Clearly he and his friend have a lot of shared experience, humor and language, because they’ve christened it the Scoliosis couch. Perfect. A good image, an interesting place for a scene where I haven’t been before. And the specific sensual data–the curved couch–makes the setting feel real.

So now we have, “We sat on the Scoliosis couch and talked.”

Better. A specific place that we can unpack that will tell us a bit about our characters. And people do talk. The problem is that we don’t want our characters to sit there and just talk. I may, once in a novel during an important conversation, allow characters to “just talk.” But typically I want the conversation to occur over action. What can people do while talking? Play video games? Sure, but that’s not that that interesting. In my books, I’ve had characters talk while playing checkers using sugar packets in a diner, while playing laser tag, and while having an apple war in an apple orchard.

Do you see what I’m trying to say here? Give the reader something memorable. My teacher Ron Carlson used to say, “Put something in your book.” I took that as was a clever way of saying, “fill the pages with interesting actions, words, inventory.”

Eating is an easy one, and yes, my characters eat. But if I can help it, I’d like to have them eat interesting things. Especially if what they eat will evoke character. 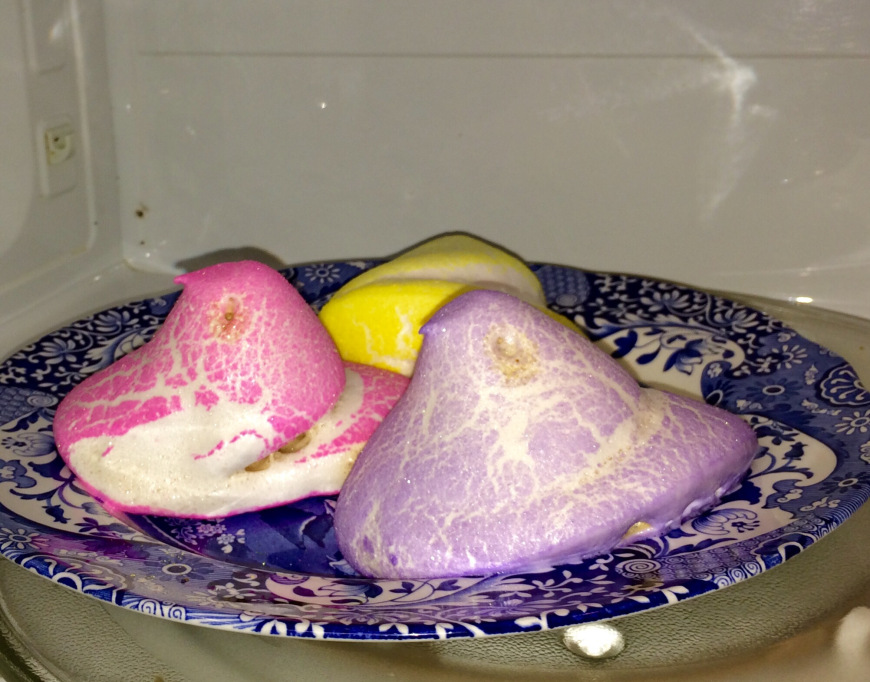 So I thought of microwaved Peeps, as one does. I came up with this concept about a decade ago, and my husband can vouch that he has seen me microwave many a Peep in my day. Not anymore, by the way. I am eating healthier these days. In fact, you can take it a step further and have characters talk while watching a Peeps joust. That’s where you stand thee Peeps up and put toothpicks in them so it’s like they’re holding swords out at each other. The first to burst loses.

So yes. Now we have a vivid first sentence. We can see the couch. Our interest as readers is perked up by the odd food choice. And we know something about these characters that would otherwise need to be told–that they are, well, quirky. As my characters often are.